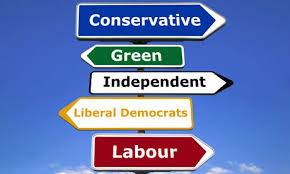 My mind is exhausted from all the political bantering that goes on here. From people mocking our President, to political posts on Facebook, to political ads on TV. Everywhere you turn, politics this, bantering that. Heck, I may even be a hypocrite by writing about there being to much politics. Is that in itself politics?

Anytime I get frustrated with the high multitude of political posts on Facebook I always defer to a quote by the notorious Rodney King who said, “can’t we all just get along?” Living in a melting pot means the carrots should respect the celery. Because at the end of the day, they are soup in the same pot that will ultimately get eaten. Maybe that’s what this whole global warming is about. Could global warming be the proverbial person that eats up all the soup in the pot? At the end of the day, a system is only as good as the individuals enforcing it. Whether that’s communism, socialism, democratism… hmm is that even a word? Who cares, it is to me. Which brings me to another quote by the wise old Ferris Bueller, “A person shouldn’t believe in an ism, they should believe in themselves.”

I try my best to take the high road when it comes to politics. In other words, I try to watch from a mountain top afar looking down at all the hikers who climb, crawl, and scratch to be the one single voice at the top of the hill. When you get right down to it, I really feel its just a big game. The politicians put on a big show for the camera and then meet afterwards for drinks and a cigar. Reclining and laughing at all the little people they control and the worthless policies they create. I want to be the Crocodile Dundee who doesn’t have a voice because nobody out in the bush is going to hear him anyway. And the land we are bickering about belongs to his God Mate and not us. Now that is a beautiful view. But then again, is that being a view in itself actually politics? So I have twisted my brain into enough knots for one night. Before the next time you have the urge to post some political banter on Facebook, think about who truly is listening. You may be surprised to find out that it is actually nobody.