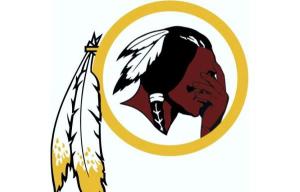 Before I write this blog, I must disclaim that I have no opinion to offer on the potential offensiveness of the term Redskin’s. I am not Native American so I cannot claim to know how offended each Native American is by the term. I am sure it runs the gambit from highly offensive to not at all offensive. Also, I am not a Redskin’s fan nor I am a part of the organization. As a result, I cannot claim to know how the impact of changing the name would have on each individual fan that sees the name as a timeless tradition. This too most likely runs the gambit from a change would be devastating to its not that big of deal. My only real intent of writing this blog is to offer up a solution that could potentially be a comprise that works for both parties who have a vested interest in this debate. So here goes my potential solution….

While changing the name of the team may make many Native American’s feel better and many Redskin’s fans feel worse, there has to be a scenario that is a better result for both parties. What if the Redskin’s organization were to work with some of the key leaders of the Native American population to agree to a solution that allows them to keep the name but would also benefit the Native American community. Well there potentially is… What if the Redskin’s organization agreed to give a small percentage of profits from all Redskin’s apparel sold to Native American charities? I would suggest 5%, but maybe they can come up with a figure together which works for both parties. This would allow them to keep the name and also provide some significant gains for those Native American’s that are less fortunate. It wouldn’t ultimately eliminate the offensive factor that comes with the name but maybe the Native American leaders can try to see that there could be more value in getting dollars to needy charities than just the name change. I realize that they may be able to get the name change without a compromise based on the current pressure from the media and others, including Native American’s who are offended by the name. But I also believe the long term benefit of this compromise could be much greater.