Just Bieber Lives to See Another Day in the US 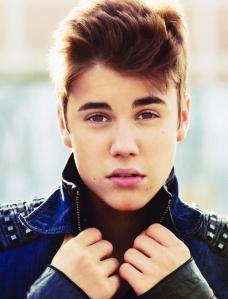 I have to admit that one of the funniest stories I have heard all year is the petition put together to get Justin Bieber deported from the United States. While it made me laugh out loud, what surprised me the most is that over 100,000 people signed the petition. I don’t like Justin by any stretch of the imagination but a petition to deport him is ludicrous. And think about the wasted hours that can’t be recovered for everyone filling out the petition. Sure I know that online petitions are easy to fill out but if each of the 100,000 people spent just 3 minutes filing out the petition, than 300,000 minutes were spent on something that they new would have no impact on anything. If you want to break it down into wasted hours, 300,000 divided by 60 is 5,000. You heard it right, 5,000 hours were spent signing a petition to remove Mr. Bieber from the country for nothing more than being an extremely popular, very annoying, spoiled little super star. So how about days?? 5,000 hours divided by 24 equals out to approximately 208 days. 208 days without sleep I might add. The numbers provided were only based on the 100,000 minimum signatures required for a response. The actual petition to date has 273,968 signatures. I will let you do the math on that one.

The main reason the petition was started is because the creators knew that any deportation petition acquiring 100,000 or more signatures requires a response from the US Government. Here is the even funnier part of the whole story. The US Government just stuck their tongues out at the signers and said nice try bozos. Ok, that is not exactly what they said. They basically said they would not comment and used the statement as a commercial to discuss our broken immigration system. So who won this whole battle? Justin Bieber and the US Government. Justin Bieber got more attention which will likely allow him to become more famous and more successful. Essentially free press. And the US Government got an opportunity to bring more attention to the immigration debate.

In the end, Justin Bieber gets to live another day in the US. While I won’t calculate the money spent based on the average per hour salary of a US Worker, I can tell you that those signers did pay a huge advertising bill for Justin Bieber and the USA.